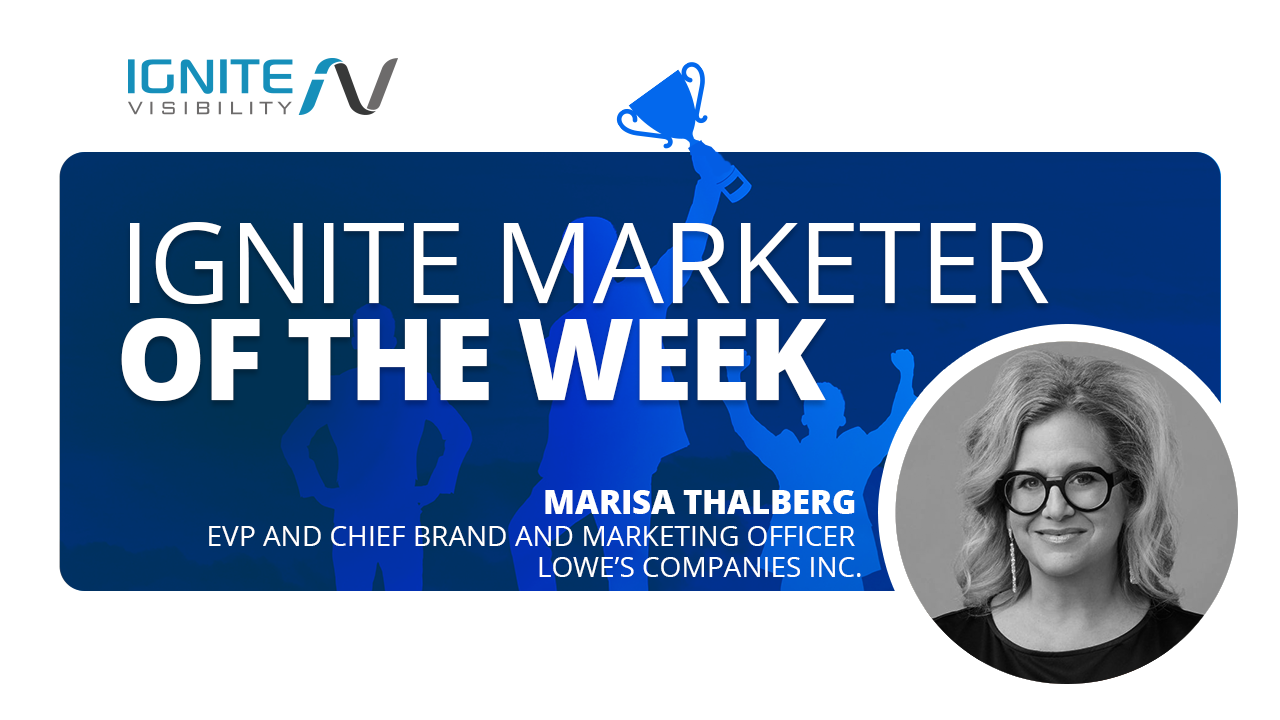 We’d like to congratulate Marisa Thalberg and the Lowe’s team for an outstanding fourth quarter. The company reported net earnings of $1.2 billion. That’s up from $978 million for the same quarter a year ago.

The company enjoys that kind of success thanks in no small part to the marketing team lead by Marisa Thalberg.

It’s understandable why the folks at Lowe’s asked Thalberg to join their team back in 2020. She’s got a long history of winning awards for marketing.

And much of that recognition she earned before joining Lowe’s. Since then:

In other words, she’s the kind of marketer that many other marketers envy.

Thalberg is an executive vice president at Lowe’s. She oversees the company’s entire marketing program.

It’s her job to look for new ways to inspire and engage customers.

Her history, aside from the accolades I mentioned above, indicates that she’s up to the tasks.

In her role, she led a team that delivered sales growth to the order of $11 billion.

How did she do that? With several different approaches, including:

Thalberg also led the company to achieve the highest passion index among any brand in QSR. Harris Poll named Taco Bell the #1 Mexican restaurant in the U.S. Variety said the company was the second-fastest-growing brand in the U.S.

Under her leadership, she transformed the company into a “culture-centric lifestyle brand.” She also updated the brand identity for the first time in a quarter-century.

Among her innovative accomplishments:

All of that led to an earned media impression growth of more than 40% year-over-year.

Wrapping Up with Marisa Thalberg

Thalberg knows how to market brands in the fast-food space and in the home improvement space.

And, given the number of awards she’s won, everybody seems to know it.

She’s also got a track record to back up all those recognitions.

I look forward to seeing where she takes Lowe’s from here.