In this article, I’ll explain what we know about the new payment system. 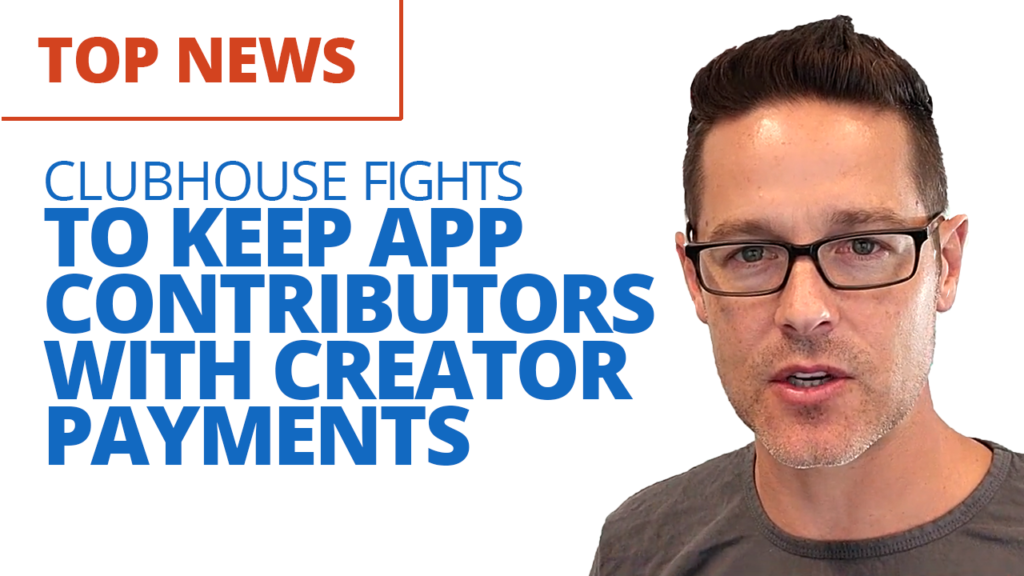 The Proof Is in the Profile

If you’re on Clubhouse (lucky you), you can send money to one of the hosts by simply visiting that person’s profile page and tapping the Send Money prompt at the bottom of the screen.

Good news: you get to decide how much money you send.

But you will need to register a credit card to get the ball rolling. That’s just as easy as registering a credit card on any other platform.

The new payment system, by the way, is imaginatively called “Payments.” That should be easy to remember.

Here’s what the folks at Clubhouse have to say about the feature: “Today, we’re thrilled to begin rolling out Payments – our first monetization feature for creators on Clubhouse. All users will be able to send payments today, and we’ll be rolling out the ability to receive payments in waves, starting with a small test group today. Our hope is to collect feedback, fine-tune the feature, and roll it out to everyone soon.”

But how much do social media influencers make? That’s tough to say.

It’s likely that the ones who will make the most money from Clubhouse are the ones who need the money the least. In other words, money will go primarily to people who are already rich.

Keeping the “U” in UGC

Without people on the platform getting on the virtual stage and speaking their minds, the whole thing just becomes an empty shell.

So it’s important for Clubhouse to keep its social media content creators happy. That’s why the company released the Payments feature.

And, hopefully, others will keep listening. And contributing. And paying.

But there’s another reason that Clubhouse needs to keep the content kings happy.

Soon, Clubhouse won’t be the only audio-based social app in town.

Twitter, for example, is working on a rival called Spaces. And, unlike Clubhouse, Spaces probably won’t be an exclusive, invite-only virtual hangout.

Also: keep in mind that Twitter already offers a platform where some folks have thousands, hundreds of thousands, or even millions of followers. They can easily take those followers with them to Spaces.

That’s because Twitter has been around for years. By contrast, Clubhouse has only existed for about a year.

Also, the folks at Twitter are working feverishly to bring Spaces to Android and desktop. They hope to beat Clubhouse to market on those operating systems.

And Twitter isn’t alone when it comes to challenging Clubhouse. Both Facebook and LinkedIn are working on similar offerings.

But Clubhouse has this one, very distinct advantage: it’s an invite-only social media channel.

That might seem like a negative, but go back to Marketing 101. The invite-only aspect of the platform helps generate demand.

Additionally, the folks who hang out on Clubhouse are literally a “Who’s Who” of the rich and famous.

So you can rub shoulders with the folks that all your friends are talking about.

That could be a competitive advantage. Time will tell.

The warning sign for Clubhouse is its diminishing popularity. It was ranked 33 in the Sensor Tower iPhone app rankings in January. Today it sits at 278 and it’s falling.

Some of that is due to the exclusive nature of the app. But some of it could be due to the fact that the novelty is wearing off.

Once again: time will tell.

Clubhouse is looking to stay alive by enabling social media content creators to earn a few extra bucks with its app.

And the good news for those creators is that Clubhouse lets them keep all the donated money. The company doesn’t even take a cut.