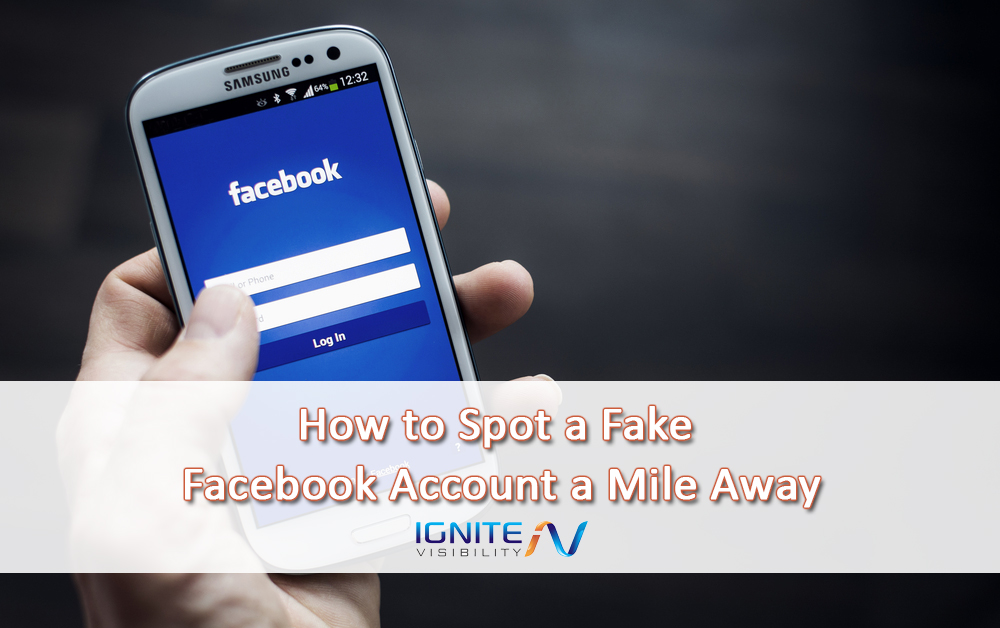 From its inception, Facebook has had a major issue with fake accounts.

At no time has this been more apparent than the 2016 Presidential Election. To date, it is estimated that $100,000 was spent on approximately 3000 ads connected to about 470 fake Facebook profiles leading up to the election.

Beyond the highly publicized election “fakers”, Facebook has an inordinate amount of fake accounts that defy its terms of use on a daily basis.

People use these accounts for fake likes, fake comments, fake reviews, etc. But what is really interesting, is that the issue perpetuates itself.

These fake accounts also cause an issue for marketers. First, you don’t want to be in a position of guilt by association. Secondly, you don’t want to tarnish your company’s good name by having unsavory or ill-intentioned ads run on your content.

With the recent light shone on these fake accounts and the spread of disinformation, Facebook has started to take a hard line stance against those who use the platform for nefarious reasons.

But while Facebook works on doing their part to eliminate the problem, you need to do your own due diligence to spot the fakes.

Not long ago, someone left a comment on a Facebook page we manage that simply said “money good job.”

I thought that it was weird and I clicked on the person.

They had one blurry photo (that was so dark you could not make out the person), the account was one year old and they had only one conversation.

That was a lot of ones… too many! It was clear that the account was fake.

Now, this appeared to be the type of fake account that was manually managed. But there are also ones that are automated. We’ll get into all that.

One of the easiest ways to determine that a Facebook account is fake is by examining the photo.

It’s often the case that fake accounts use a profile photo that they’ve downloaded from somewhere else online.

Here is one that liked a post I wrote. Looks a little suspect, don’t you think? How can you tell if the photo was “borrowed”?

Simple: just fire up Google Image Search, then download the profile photo from the Facebook page that you suspect is fake.

Drag and drop that photo into the Google Image Search bar and click the Search button.

If the photo is from a fake Facebook account, you should see loads of matches all across cyberspace. Spot a Fake Facebook Profile by The Number of Photos

Think about your Facebook friends that you know are real.

Many of them post lots of photos over time. They’ll post pictures of their kids, their extended family members, and funny memes. The Number of Friends

Chances are, not too many.

On the flip side, if the account only has a few friends or zero, that is also a sign.

However, there are some real Facebook users who have that many friends (or not a lot), so don’t be hasty to jump to a conclusion about popular Facebook users.

If you suspect a fake Facebook profile, check the recent activity on the user’s wall.

If the user is performing various activities from time to time, such as posting updates, adding photos and getting tagged by friends, then it’s probably a real account.

On the other hand, if the timeline is strangely absent of any type of activity, you’re probably looking at a fake Facebook account.

Also, it can be a signal of a fake account if you see conversations that people would never have, like this.

If you receive a Facebook friend request from somebody you don’t know that alone should be a red flag.

However, it’s an even larger red flag if the two of you share no mutual friends.

Sometimes, people will send Facebook friend requests to people that they share mutual friends with, even if they don’t know the user personally.

It’s your call as to whether or not you want to accept those requests, but it’s not a good idea to accept a friend request from 1) somebody you don’t know and 2) somebody who shares no mutual friends with you.

If both of those situations are true, it’s a sign you’re receiving an overture from a fake account.

Here is an example of phishing scam friend request that was pretty prevalent a few years ago. That is not a real profile. 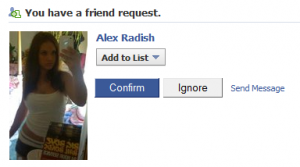 When you click on somebody’s Facebook link, you can see a brief biography about the user on the left-hand side of the page. If the information there seems fishy, it’s a sign that the account is a fake.

For example, if somebody claims to have been born in Cape Cod, Massachusetts, but went to school in Mumbai, India, and now works for a car repair shop in Tulsa, Oklahoma, then you have a good reason to suspect that account.

Why? Because fake Facebook accounts are often created by bots that don’t send or respond to private messages.

Fake Facebook accounts abound. They’re typically used for unethical online marketing purposes. Fortunately, they’re also fairly easy to spot. With a little bit of due diligence, you can quickly determine if a Facebook account is fake and report it to the appropriate authorities.