Pinterest is Growing and New Ad Types are Available

Watch The Video Or Read More Below

Looking to run audio ads on streaming services like Spotify, TuneIn, and Google Play Music? If so, Google’s DoubleClick has you covered.

If you think there isn’t much of a market for audio ads, think again. Total digital audio ad revenues exceeded $1.6 billion in the US last year. That’s a 39% increase over 2016.

The DoubleClick platform supports MP3 audio spots in a number of different lengths, including 15-second and 30-second ads.

You can also upload an optional companion image that will display around the publisher’s audio player.

Google is now the top source for referral traffic on mobile devices.

According to a new report from Chartbeat, Facebook’s new algorithm changes have caused a decline in its referral traffic. Now, the social media giant prioritizes personal content over off-site articles. The report also points to AMP as a reason for the increase in Google search referral traffic:

As we explained earlier this year, referral traffic from Google Search is up, due primarily to increased traffic from mobile, and more specifically from pages that use AMP. We also wrote about the emergence of a new browser-based referrer – Google Chrome Suggestions – which is up 21x since January 2017 as a traffic referrer for publishers.

Chartbeat advises digital marketers to include mobile search as a part of their key strategy going forward.

Earlier this month, the company started testing the new Story ads. They’re video clips that last anywhere between 5 and 15 seconds in length. Users can skip the ads with a simple tap.

As of now, Story ads include no click-throughs or calls to action (CTA). Brands can only use them to build awareness.

Facebook plans on adding click-throughs and CTAs in the future, though.

If you’re unfamiliar with in-market audiences, they’re groups of people who are likely to buy whatever it is you’re selling.

You can run display ads to target people in that audience.

According to Bing, targeting in-market audiences results in a 28% higher click-through rate (CTR) and a 48% higher conversion rate.

Google: It’s No Problem to Have Multiple Sites on the Same IP

If you think that your rank might suffer because you point multiple domain names to the same IP address, Google has some good news for you.

You won’t be penalized at all.

In a recent webmaster central office hours hangout, one of the participants expressed concern about a decline in traffic on numerous sites that are all on the same IP.

Google’s John Mueller said that it’s typical for Google to find multiple sites on the same address. It’s not a problem.

He did, however, caution that duplicate content on those sites will definitely cause trouble.

You probably don’t need to worry about your crawl budget.

That’s according to Google’s John Mueller. This past week on Twitter, he wrote: “IMO crawl-budget is overrated.”

IMO crawl-budget is over-rated. Most sites never need to worry about this. It's an interesting topic, and if you're crawling the web or running a multi-billion-URL site, it's important, but for the average site owner less so.

He went on: “Most sites never need to worry about this. It’s an interesting topic, and if you’re crawling the web or running a multi-billion-URL site, it’s important, but for the average site owner less so.”

Mueller also said that if you have time to work on crawl budget optimization, that’s fine. If you don’t, though, it’s not likely your rank will suffer.

If your website is loaded up with PDFs, you might want to “translate” them to HTML. That’s because PDFs aren’t mobile-friendly.

And, in this day and age, mobile is everything.

This past week on Twitter, somebody asked John Mueller about “mobile-friendly PDFs.”

Mueller replied that he hadn’t heard of such a thing.

He went on to say that he’s fairly certain that Google doesn’t identify any PDFs as mobile-friendly.

If you do have PDFs on your website that are indexed, you’ll likely see the following warning next to them in the SERPs: “Your page is not mobile-friendly.” 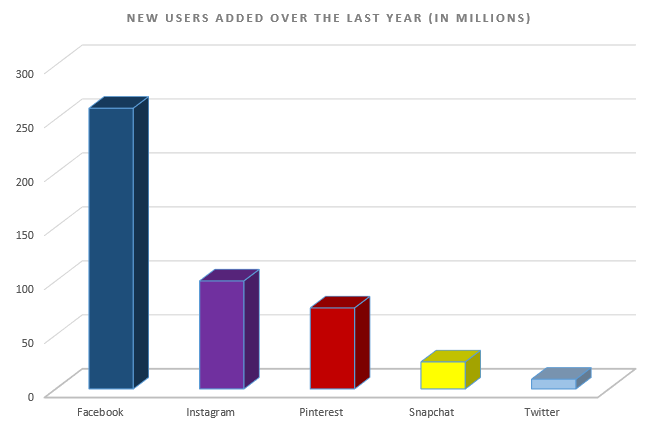 As of now, Pinterest has about 250 million monthly active users (MAU). That’s up 50 million from September.