Google has done some amazing things. Google Glass, self-driving cars, a little box that lets you search for things, etc. In the spirit of innovation, Google is now launching something called Calico, which is a project aimed at one thing only, to extend human life. 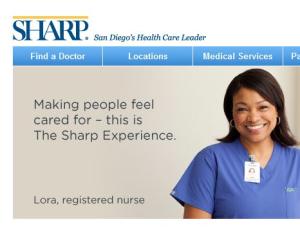 Google Calico – Will it Become a Threat to Healthcare Companies?

The main goal is to really tackle anti-aging. According to ABC News, “Google is looking for the Fountain of Youth in its latest expansion beyond Internet search. The ambitious quest to reverse the aging process and extend human life will be pursued by a new company called Calico that is being financed by Google Inc., which has amassed a $54 billion stockpile primarily through its dominance of Internet search and online advertising.”

The new extension of Google will be run by former board member Arthur Levinson, who was once CEO of biotechnology company Genentecvh. Levinson actually quit Google’s board four years ago after the US Federal Trade Commission decided to weight whether or not there was a conflict in him also serving on the board of Apple. Apparently he is back in with Google now, and will be heading up this project.

Google CEO Larry Page says it could be 10 or 20 years before this project actually does anything. But he feels that solving the aging process could be even more important than curing cancer.

“One of the things I thought was amazing is that if you solve cancer, you’d add about three years to people’s average life expectancy,” Page told Time. “We think of solving cancer as this huge thing that’ll totally change the world. But when you really take a step back and look at it, yeah, there are many, many tragic cases of cancer, and it’s very, very sad, but in the aggregate, it’s not as big an advance as you might think.”

I am not sure why Page decided to make that comment. I assume it is because he is just excited about their new angle.

Google Calico will certainly be something to watch. As a search engine marketer I have already heard a few jokes going around. Mostly that Google is trying to keep people around longer so that they can click on more ads. I guess they just wanted to do whatever it took to extend the customer life span and their retention rates.