This week: another Clubhouse clone, another big name might move against FLoC, and another import option on Microsoft Audience Network.

You probably already know that the Microsoft Audience Network allows you to import campaign details from Google Ads. But now it can also import campaigns from Facebook Ads.

However, the feature is only available in open beta in select markets.

Also, you can only import single-image ads. Carousel and video ads aren’t yet supported.

Speaking of video ads, though, you can now run those with your Microsoft Audience Network campaigns.

They work for both desktop and mobile platforms and they can last up to two minutes.

Got a great original graphic that you don’t want others to steal? If so, then you’ll love Pinterest’s new copyright feature.

The Content Claiming Portal enables you to remove existing versions of your content and prevents others from using your work in the future.

So keep that in mind if you’re on the other side of this equation: if you’ve used somebody else’s work without their permission, you might find that Pinterest removes it from your board.

You’ll need to fill out an application and provide proof of ownership if you want to take control of your content on Pinterest. And Now Reddit Is Getting in on the Clubhouse Clone Game

Only a matter of time.

This past week, Reddit announced that it’s producing its own Clubhouse clone.

In case you just woke up from a very long sleep, Clubhouse is an audio-only social media app. It’s also an exclusive club because membership is by invitation only.

Reddit Talk gives moderators the ability to start a conversation. Non-moderators can listen in.

Here’s what Reddit has to say about the interface: “We’re testing ways for hosts to customize the look and feel of Reddit Talk through emojis and background colors. Redditors can change their avatar’s appearance to fit the talk as well. We’re also exploring features to support AMAs and other types of conversations.”

The company has yet to announce a launch date.

Still having problems getting your site up to speed (literally) with Core Web Vitals? If so, then you’ll be happy to learn that Google has pushed back the launch of its page experience algorithm update.

It’s going live in mid-June instead of May.

Here’s what Google has to say about the change in plans: “We’ll begin using page experience as part of our ranking systems beginning in mid-June 2021. However, page experience won’t play its full role as part of those systems until the end of August. You can think of it as if you’re adding a flavoring to the food you’re preparing. Rather than add the flavor all at once into the mix, we’ll be slowly adding it all over this time period.”

During the lengthy roll-out, Google will ensure that the new algorithm doesn’t carry any adverse side-effects.

The new report shows you how many of your pages comply with Core Web Vitals standards. It will also give you info about mobile usability problems and security issues.

You can see the new report right now by clicking on Page Experience on the left-hand sidebar of Google Search Console.

RELATED: How to Audit Your Site for the Google Page Experience Update 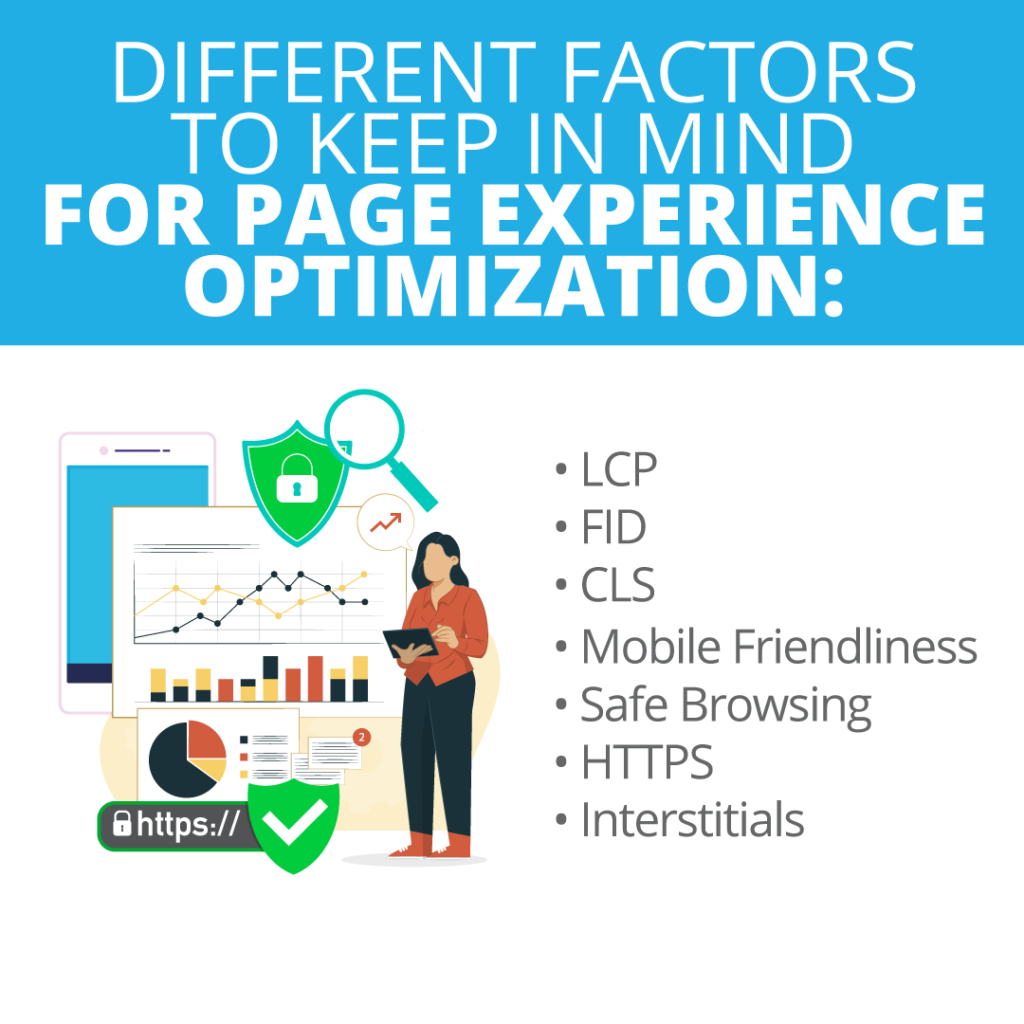 Speaking of Core Web Vitals, I have some bad news if many of your website visitors live in countries with slow Internet connectivity. They could hurt your Core Web Vitals scores.

If you’re noticing a disconnect between the lab data and field data scores on Google Pagespeed Insights, then it could be due to the fact that many of your users have slow connections.

And, sadly, that will adversely affect your scores.

John Mueller confirmed that this past week.

He also said it’s a bad idea to block countries with slow Internet connectivity from accessing your website.

“That’s thinking that is laser focused on the Core Web Vitals and that’s really, really risky,” he said.

RELATED: Core Web Vitals: What You Need to Know

It looks like some folks at WordPress aren’t big fans of Google’s new attempt to protect user privacy.

Google’s Federated Learning of Cohorts (FLoC) will likely replace third-party cookies next year. It’s a solution that puts people in large groups of individuals who share common interests instead of revealing details about each person in the group.

That’s good news for marketers because that means we can still target our ads.

But some Big Tech movers and shakers, like management at DuckDuckGo, say that Google’s solution still violates user privacy. As a result, they’re blocking FLoC.

The company admitted that one of its developers recently proposed blocking FLoC. But no decision has been made as of yet.

If WordPress does block FLoC, that’s going to have an enormous impact on data gathering because WordPress is by far the most popular content management system in existence.

So the ramifications are significant. Keep an eye on this one.

RELATED: A World With No Third Party Cookies: How to Transition This past week, Google took another step towards ensuring advertisers can practice brand safety. The company rolled out dynamic exclusion lists for advertisers.

As the name implies, dynamic exclusion lists get automatically updated so those of us who run ads don’t have to invest an excessive amount of time updating our exclusion lists.

Exclusion lists, by the way, are lists of places where advertisers choose not to run ads.

Plenty of brands avoid advertising on sites that promote hate for example.

This past week, Facebook announced a new suite of audio tools.

One of the new tools, called Soundbites, enables users to create short-form audio clips. Think of it as Twitter with sound.

And, of course, there’s Facebook Rooms. That’s the company’s answer to Clubhouse.

Facebook will also enable users to transform their Rooms conversations into podcasts so that people can listen to them later on.

The company will begin testing Rooms within Facebook Groups soon. Twitter recently launched a live test of Professional Profiles, a new way for brands to present themselves on the platform.

Here’s what the company has to say about the new feature: “Professional Profiles are a new tool that will allow businesses, non-profits, publishers, and creators – anyone who uses Twitter for work – to display specific information about their business directly on their profile. We’re starting with a small pool of businesses in the U.S. and will give more accounts access to Professional Profiles in the coming months.”

The enhanced profiles will include more info about the account, such as business category, address, and contact info.

According to a new study by LinkedIn, shorter InMails perform noticeably better than longer ones.

“The response rate for InMails of 201 to 400 characters is 16% above the average rate. In other words, these shorter InMails are 16% more likely to receive a response, compared to the average-lengthed InMail,” the study said.

And the shortest InMails (400 characters or fewer) performed 41% better than the longest (more than 1,400 characters).

LinkedIn also says that InMails sent on Monday through Thursday get the best response rates. That’s not too surprising. Here a few things to work on before you stop work for the weekend.